Australian Forest Facts, as at September 2010

Plantation management
While plantations can and should provide a sustainable resource for wood products, there are many examples of poor, environmentally destructive plantation establishment and management practices such as:
East Gippsland
Logging is entering end-game; nearly all remaining HCV forest is gone or is targeted. 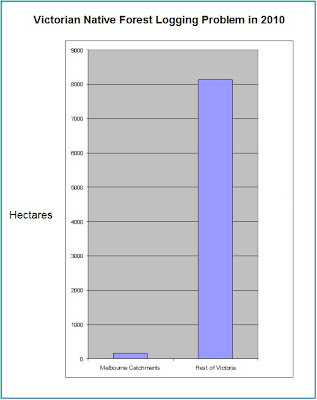