A TINY, two-centimetre frog, a mouse with a white-tipped tail and a white-flowered rhododendron are among more than 200 new species discovered in remote mountain rainforests of Papua New Guinea.

The new species of animals and plants were found during two months of surveying in the rugged and little-explored Nakanai and Muller mountain ranges last year, Conservation International announced
yesterday. 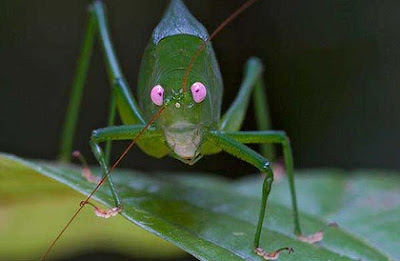 The mouse with the white-tipped tail, at least one ant and several crickets, or katydids, are so different from other known species they each represent an entirely new genus, the scientists said.

Two scientific teams — co-ordinated by Conservation International's rapid assessment program, in partnership with Papua New Guinea's Institute for Biological Research and the conservation organisation A Rocha International — explored different altitudes of the forest-cloaked Nakanai mountains, which host cave systems and some of the world's largest underground rivers, and the Muller range.

In the Nakanai surveys, scientists discovered a yellow-spotted frog, found only high up in the mountains in the wet rainforests, the mouse, and the tiny ceratobatrachid frog, which is just two centimetres long and calls for a mate in the late afternoon — unlike most frogs in the area which call at night.

In the Muller range, researchers found what they described as a "spectacular variety" of insects, spiders and frogs.

The scientists hope the discoveries will help secure World Heritage status for the two areas, in the face of pressure on PNG's forests from subsistence agriculture, logging and oil palm production.

Conservation International has been working with the provincial government and local communities in the Nakanai range to protect a large tract of rainforest from logging.

PA
Posted by Peter Campbell at 8:02 am